Tom Carnes has practiced business litigation since 1992. Tom’s business litigation is broad, and encompasses everything from breach of contract cases, to real estate and construction disputes, to regulatory matters, to debtor-creditor matters, to deceptive trade practices and consumer protection, to post-employment disputes and “business divorces.” His representation includes business and individuals, and includes business to business disputes as well as business to consumer disputes. Additional, more specific, information on the types of business disputes Tom handles appears below.

As long as there have been people there have been contracts.  Evidence of contracts and covenants dates back to the beginning of recorded history.    Written contracts permeate or lives, from the cruise we have booked to surprise our spouse, to the parking garages in which we park our cars, to the purchase and financing of those cars, to the houses we rent, or buy, and even the very neighborhoods we live in. Contracts permeate life.  In the absence of contract, the law often provides a near equivalent to a contract through relational quasi-contract principles such as promissory estoppel.

The breach of these contracts often leads to an action for enforcement and/or money damages, through a suit or otherwise.  And although designed to make clear the duties and obligations of the parties thereto, they often turn out to be less than clear and open to multiple interpretations.  All of these features of the typical contract make them fertile ground for differences of opinion.

The most valuable asset in our Texas Hill Country is land, and its value continues to increase as more and more people want to live here.    People from other states or countries find Texas titles, and particularly the issues or prior reservations and access easements confusing (and even worrisome), and they are rightfully concerned because each of these issues lead to disputes – over access to land, boundaries, and use.    Neighborhood deed restrictions, city and county ordinances governing zoning and/or use, and representations and warranties of sellers (and even fraud) provide further areas for disagreement.  Tax assessment issues and the maintenance of open space exemptions also provide areas of potential dispute.  Real estate transactions and real estate ownership are simply rife with opportunities for misunderstandings, disputes, and ultimately litigation.

The same is true for the relationship between builder and landowner, whether the land in question is a home or a commercial building.  Construction defects can be a serious business, for sure, but these relationships also represent a unique opportunity for deceit on the part of an unscrupulous builder.  Whether the deceit is the non-payment of subcontractors or questionable billing practices with regard to the owner, the owner is generally left holding the bag and absorbing the loss.

Experienced, effective representation in any dispute over real estate or construction is a must.  Tom Carnes has been representing clients in both types of disputes since 1992, and knows both the lay of the land and the tricks of the trade.

With every economic downturn comes problems with people managing debt under trying circumstances.  While experienced as a banker in the mid-1980s, and as an attorney doing a fair amount of debt collection work during the early 1990s, Tom has found a new additional niche in representing debtors pursued by creditors since his move to the Texas Hill Country in 2008.  In doing so, he has found the knowledge that he gained in banking and in representing creditors invaluable in defending debtors.  He understands where the creditors weaknesses in proving their claims is likely to be, which has enabled him to successfully defend creditors from claims as to which real defenses are hard to come by.  Conversely, Tom has gained a new understanding of debtors that has made him even more effective in pursuing debtors.  It is unique to find a lawyer that understands the intricacies of both sides of these matters, and Tom is one such lawyer.

First we should start with what Tom Carnes is not.  Tom is not an employment lawyer in the sense that he represents employees and/or employers in typical disputes or hiring, firing, discrimination, wages, hours, and the like.  There are an abundance of good lawyers in most urban areas that have dedicated their working lives to these types of issues and cases and Tom is not one of them.

What Tom has significant experience and expertise in lies in the area of post-employment disputes over trade secrets and covenants not to compete, typically between an employer and a high-level employee or one who possesses what is at least arguably valuable proprietary information.

The law has evolved considerably in the area of covenants not to compete, and as Texas courts and the Legislature have generally become more conservative and pro-business covenants not to compete have evolved from being severely disfavored and very difficult to enforce to being more generally enforced.  It is important that any lawyer reviewing  such covenants and advising employers and employees in this area keep up to date on these changes in the law through our courts, most particularly the Texas Supreme Court.

Prior to the evolution of Texas courts to be more favorable to employers in enforcing covenants not to compete, the trade secret argument was, in essence, the “tail that wagged the dog” and the means by which the employer predominantly protected itself from competitive hiring.  It is too soon to tell, but one could logically predict that this may change somewhat given the more direct path of enforcing a properly constructed covenant not to compete against the former employee.

Tom Carnes has represented many employers, former employees, and the new employers of former employees  in cases involving allegations of trade secret misappropriation and violations of covenants not to compete since 2005, both in cases limited to Texas or national or regional in scope.

If you would have told Tom Carnes that there was some similarity between divorce and closely-held business litigation when he was a commercial litigator in a large downtown Houston law firm he would have dismissed such comments as uninformed.  But after leaving the big firm, and servicing almost exclusively individuals and small business, he can no longer deny the similarities between these two practice areas.

Substitute the word “family” for the word “small” and you will begin to see what is meant by this.  Most businesses in the Texas Hill Country are small, and most are family owned.  Sometimes they are owned by husbands and wives, sometimes mothers, dads, sisters, and brothers, other times by friends.  Out here, business often means ranching, and ranching, of course, involves lots and lots of real estate.  Through succession or just differing goals, business relationships may end while family relationships and friendships may or may not persist.  The dynamics of business separation in this instance closely approximate  those in a divorce.  It is tough sledding, and an engagement that can be equal parts counselor and attorney.

A significant portion of Tom’s Hill Country practice has involved business separation or business divorce.  This process can occur within or without litigation, but the ability to litigate, sharp negotiation skills, and good collaborative skills are all paramount in working in this area.  At times, it takes the threat of litigation, if not litigation itself, to make a deal happen.  At times the same is true with regard to the prospect of receivership if the parties do not find a reasonable path to separation.  At other times a soft touch, and interest-based negotiation skills are what is most in demand.  This is not an appropriate arena for either the “one trick pony” or the “jack of all trades.”

Most of the time Tom, opposing lawyers, and the parties have found a way to achieve a separation that was satisfactory to all parties.  But in cases where dissolution is either the chosen or the only potential path, Tom has the skills that began with his early bankruptcy and reorganization practice and continued through the various recessions that have occurred during his career to assist in the process of winding down a business if dissolution proves to be either the selected path or the only path available.

What is meant by “regulatory” in this instance is the representation of a client before a forum other than a court or an arbitrator – a regulator, whether a governmental organization or a private regulator such as a professional board.  Disciplinary proceedings for licensed professionals, such as doctors, lawyers, accountants, surveyors, electricians and the like are one example.  Cases before a state agency, such as the relatively recent (and continuing) transmission line cases in Texas are another.

Tom has successfully represented professionals before various boards and governmental licensing authorities at various times throughout his career, most recently a surveying company that he successful defending against a state board.  He also represented a group of landowners who successfully opposed the placement of large transmission lines in Gillespie County.  The keys to any such representation to a tribunal other than a court or an arbitrator are preparedness, learning the subject-matter inside and out (well enough to cross-examine experts in the field), and the flexibility and courage to learn to operate on a someone else’s non-neutral home field.  Time and time again, Tom has demonstrated these attributes.

There are lawyers who do this type of work day in and day out.  Austin, as our capital, has no shortage of  them.  But one advantage that Tom that he found in working alongside and opposite these administrative lawyers is that they largely operate is a vacuum in which administrative proceedings are all that they do.  The experience of a trial lawyer is experience that they do not have.  And sometimes, indeed oftentimes, that experience makes a difference.  They have their own internalized set of housekeeping rules, of the ways that things are and should remain.  Sometimes a questioning stranger to their world can catch them off guard, which is always a good thing.

Texas’ primary consumer statute is the Texas Deceptive Trade Practices Act (“DTPA”).  The act protects consumers against a laundry list of predatory practices involved with the sales of goods and services.  The Act is largely a gap-filler, and applies only where no other consumer protections exist.  As such, it does not apply to construction, to pure lending/credit transactions, and other areas of the law with regard to which consumers are protected by other, more specific, statutes.

There are other consumer-friendly statutes creating causes of action in the context of debt collection, car sales, consumer credit transactions, home equity lending, usurious loans, residential construction, and other areas.

Throughout his career, Tom Carnes has been involved in both prosecuting and defending against consumer claims.  He knows both sides of these issues. 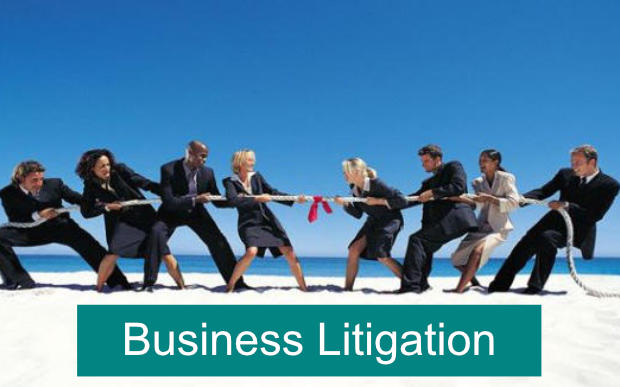 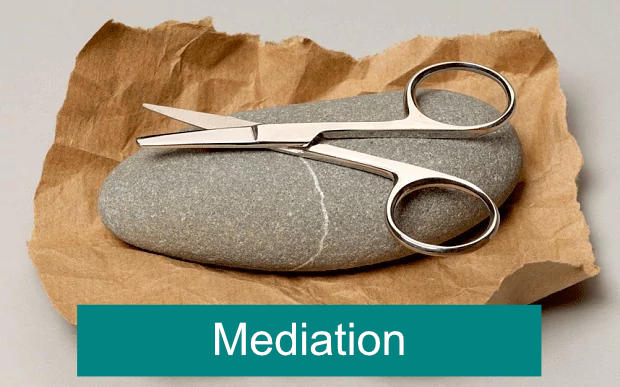 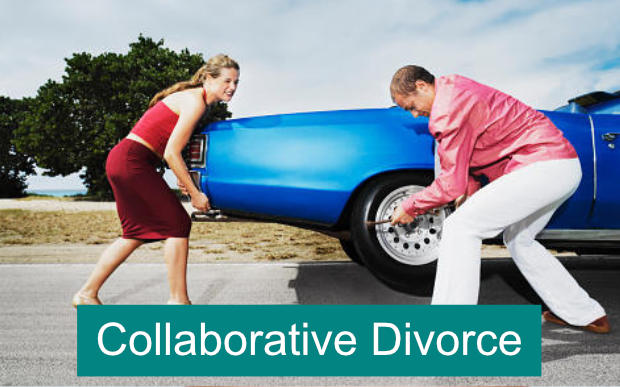 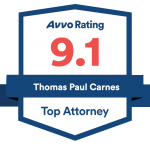 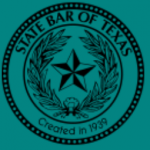